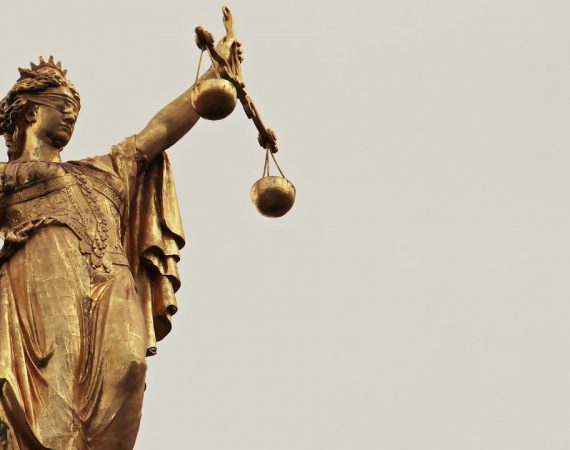 For 5 days now, Turkey has been illegally holding Orhan Inandi, a citizen of Turkish-Kyrgyz nationality, in the Turkish Embassy in Kirgizstan. Reliable sources confirmed this to the rapporteur and founder of the Turkey Tribunal. Whereas in October 2018 Turkey reacted extremely indignantly when Jamal Khashoggi was detained and eventually murdered in the embassy of Saudi Arabia in Istanbul, it now appears that they themselves are using exactly the same reprehensible methods in Kirgizstan.

The rapporteur and founder of the Turkey Tribunal has received proof confirming that the Orhan Inandi is currently illegally detained in the Turkish embassy in Kyrgyzstan. The Turkish authorities already tried to transfer Orhan Inandi from the embassy to a Turkish plane that was waiting at the airport. The only thing currently preventing the smuggling of Orhan Inandi out of the embassy and country, has been the great indignation of the Kyrgyz people, who are presently surrounding the Turkish embassy. If deported to Turkey, Orhan Inandi’s personal integrity is at risk.

The founder of the Turkey Tribunal and Belgian Minister of State Johan Vande Lanotte urges the international community and Kyrgyzstan to react promptly and strongly against this situation. He has already requested a personal meeting with the Ambassador of Kyrgyzstan to Belgium. The rapporteur on abductions for the Turkey Tribunal, Johan Heymans, insists that the trend of Turkey to abduct political opponents abroad is increasing and that, in spite of warning of the United Nations, Turkey continues unabated with these international crimes.

Orhan Inandi was born a Turkish citizen but obtained the Kyrgyz nationality in 2012. He has been living in Kyrgyzstan since the 1990s and has been the founder of the Sapat organization, a network of prestigious schools in Kyrgyzstan.

These schools are a thorn in the side of the Turkish authorities since they were originally founded by the Gülen movement – the founder of which Turkey blames of having masterminded an attempted coup in 2016. Turkey has therefore actively launched an international witch-hunt on anyone even slightly related to this movement. Since 2016, Turkey illegally abducted more than 100 Turkish citizens abroad in order to bring them back to Turkey where they are tortured and imprisoned.[1]

How and when was he abducted?

On June 1, 2021 Orhan Inandi’s car was discovered with its doors open in the courtyard of a high-rise residential complex in the Kyrgizian capital, Bishkek. Inandi’s son, who filed a missing person report, said that the last time he had heard from his father was at 6 p.m. on May 31, 2021.

The Turkey Tribunal has received proofs confirming that Orhan Inandi is currently detained in the Turkish embassy in Bishek. Since April 1, 2021 a Turkish plane is parked at the Kyrgyz national airport. On the day of the abduction the plane was readied allegedly to “perform a training flight”[2] but observers considered it was readied to bring Mr. Inandi back to Turkey.[3] Currently he is put under pressure – as confirmed by his wife on Twitter – to renounce to his Kyrgyz nationality so he can be illegally sent to Turkey.[4]

Unacceptable according to the Turkey Tribunal

The Turkey Tribunal condemns these illegal practices by the Turkish state and urges the international community to take action.

Johan Vande Lanotte, Belgian Minister of State and founder of the Turkey Tribunal, urges the international community to react against this illegal abduction and states “Torture and abduction have become a systematic way of acting by the Turkish government to shut down any oppositional voice. The use of abduction and torture is so systematic that it now will have to be considered as a crime against humanity as defined in international law. We clearly urge the Turkish government to release Mr. Inandi and stop their practice of abducting and torturing the opponents of the regime. We urge the Kyrgyz government to guarantee the freedom and the safety of Mr. Inandi. I personally asked a meeting with H.E. Muktar Djumaliev, Ambassador of the Kyrgyz Republic to Belgium. An appointment has not been obtained however.“

Johan Heymans, the rapporteur of the Turkey Tribunal for international abductions, stressed: “this abduction is part of a new trend which seems to be on the rise in Turkey over the last few years: international abductions are used to eliminate political opponents of the current regime. This trend is extremely worrying since these abductions are often accompanied by torture and illegal and inhumane detention. Last year, in May 2020, 3 UN Special Rapporteurs and the UN Working Group urged Turkey to put an end to this practice. This call apparently has not deterred the Turkish authorities.”

The Turkey Tribunal is an opinions tribunal which has no legally binding power but holds high moral authority due its very renowned judges, similar to the International Monsanto Tribunal or the ongoing Uyghur Tribunal. Its purpose is to profoundly examine some of the major human rights issues in Turkey, to create more awareness among the Turkish population and to provide a platform for victims and their relatives to voice their concerns.

The Turkey Tribunal focuses on 5 key groups of human rights issues – one of which are the international and domestic abductions organised by the Turkish State in order to eliminate its political opponents.

Taking in account the recent systematic use of abduction and torture, it has been decided to the Turkey Tribunal a sixth report on “crimes against humanity”.

This website uses cookies to improve your experience while you navigate through the website. Out of these, the cookies that are categorized as necessary are stored on your browser as they are essential for the working of basic functionalities of the website. We also use third-party cookies that help us analyze and understand how you use this website. These cookies will be stored in your browser only with your consent. You also have the option to opt-out of these cookies. But opting out of some of these cookies may affect your browsing experience.
OPSLAAN & ACCEPTEREN