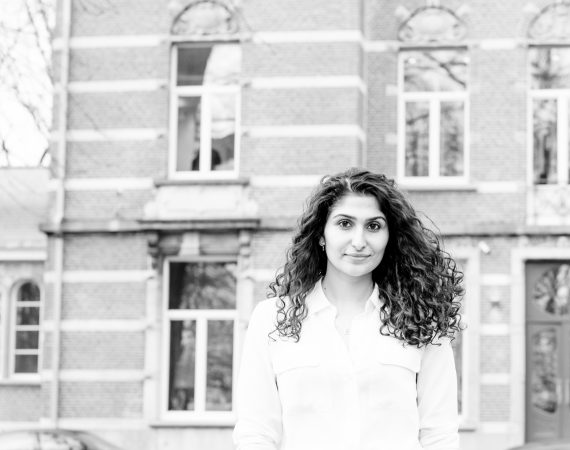 The fact that it is forbidden to use a smartphone behind the wheel is nothing new. What is new are the stricter rules in this regard. Since March 3, 2022, it is prohibited to use, hold or manipulate any “mobile electronic device with a screen” while driving. In addition, the government wants to make more extensive use of the “smart” cameras that are already lining our roads today to penalize the use of electronic devices behind the wheel. However, the question arises as to how the use of these cameras relates to the right to privacy.

About one in three Belgians would regularly use their smartphone while driving, which causes a huge distraction on the road. Figures from the Belgian Road Safety Institute (BIVV) show that this leads to at least 30 road deaths and 2,500 injuries per year.[1] The legislator has therefore opted to considerably broaden the scope of the Highway Code.

Where previously holding a “portable phone” in the hand while driving was a criminal offence, from now on one may no longer use, hold or manipulate any mobile electronic device with a screen (e.g. an e-reader or tablet), unless it is in a holder intended for that purpose (article 8.4 Highway Code).

In addition, infringements will be punished more severely, because an infringement of Article 8.4 Highway Code will from now on constitute a violation of the third degree – instead of the second degree. One can incur the following penalties:

The use of ANPR cameras is regulated by the law of March 21, 2007 (the Camera Act) and the European Data Protection Regulation (AVG). In order to limit the right to privacy and protection of citizens' personal data as little as possible, ANPR cameras may only be used to recognize license plates and to punish traffic violations. In addition, the processing of the data must be done in accordance with the legislation on the protection of personal data. Today, in accordance with the Camera Act, smart cameras are only allowed to recognize number plates, but the intention is for the cameras to take a photo through the windscreen, allowing the system to detect whether a driver is holding a phone. The cameras could determine who is in the vehicle and what actions are taken with electronic devices. It can therefore go much further than just number plate recognition, but the legal framework for this has yet to be provided.

Although the main purpose of the ANPR cameras is to photograph and recognize number plates in order to detect traffic violations, it may well be possible in the long term that they could recognize faces and be used effectively for this. One could go one step further: the smart cameras could even be used to track down perpetrators of misdemeanors or crimes (and not just for traffic offences).

The question arises how the use of ANPR cameras with facial recognition relates to the right to privacy and whether we en masse wish to give up those fundamental rights in such a radical way for our own safety and that of others.

The ANPR cameras create the feeling that we are constantly being watched as soon as we enter the streets, while one should only be observed as soon as there is a reasonable suspicion that one is committing or is committing a criminal offense. is.

Such security technology therefore has a significant impact on our right to privacy as enshrined in Article 8 of the European Convention on Human Rights (ECHR) which states the following:

“Everyone has the right to respect for his private and family life, his home and his correspondence. No interference by any public authority is permitted in the exercise of this right, except to the extent provided for by law and necessary in a democratic society in the interests of the country's security, public safety or economic well-being of the country, for the prevention of disorder and crime, for the protection of health or morals or for the protection of the rights and freedoms of others†

An invasion of privacy must therefore always be necessary – in accordance with Article 8 ECHR – and provided for by law.

In addition, camera surveillance must be tested against the basic principles of subsidiarity and proportionality. According to the principle of subsidiarity, interference with privacy is only permitted if no other, less intrusive measure is available that can achieve the same goal. The proportionality principle states that the measure taken (ie facial recognition via an ANPR camera) must be in proportion to the aim pursued.

Camera surveillance that does not comply with these principles can lead to a society of surveillance and repression, in which a fundamental principle of criminal law, namely that of the presumption of innocence, is threatened. This presumption means that citizens in criminal cases are given the benefit of the doubt – and are therefore innocent – until proven otherwise. It is the Public Prosecution Service that must always bear the burden of proof and at charge and on discharge to look for evidence. This legal principle would be reversed on the basis of such extensive camera surveillance to "everyone is guilty until proven otherwise".

There is, however, no reason for alarm (yet): in order to limit the citizen's right to privacy as little as possible, the cameras will (for the time being) only be used for the prevention, determination and detection of traffic offences. However, this will be closely monitored, as ANPR cameras with facial recognition - for the purpose of preventing, establishing and tracing traffic offences - are indeed the subject of legislative proposals.