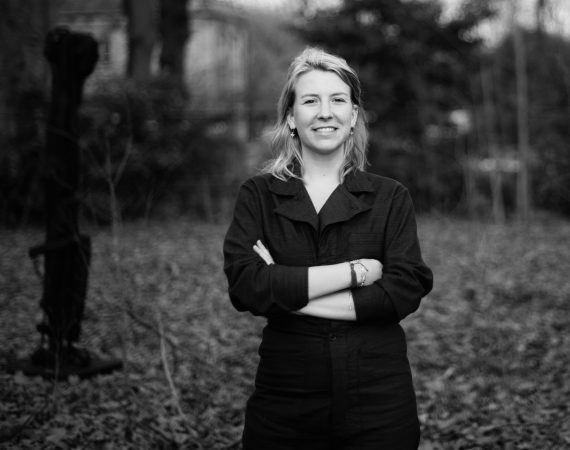 BEING FORGOTTEN: A HUMAN RIGHT (Pt. 1)

Usually it's nice to be remembered. However, for some it may be essential to be forgotten, such as for Mr G.

Mr G. was convicted in 1994 for causing a fatal traffic accident. Le Soir published an article on this case in 1994, in which G.'s full name was mentioned. In 2008 . created Le Soir a digital, searchable version of its archives (dating back to 1989). G. wrote to the newspaper in 2010 with the request either to remove the article in question from its archives or to remove his name from the article, invoking the “right to be forgotten”: G. was after all a doctor, so that his (future) patients could easily find the incriminating article by a simple search on his name.

Le Soir refused, whereupon G. the (then) publisher of Le Soir, mr. HURBAIN, before the Belgian court. The court of first instance decided in favor of G. and ordered Hurbain to anonymize the article, after which Hurbain appealed. Also before the appellate judges and even the Court of Cassation, the publisher of Le Soir bone. It Court of Cassation extended “the right to be forgotten” in the context of this dispute unequivocally forward to newspaper archives (Cass. April 29, 2016, C.15.0052.F) and stated plainly that it was “right to (digitally) forget” is inherent in the right to respect for private life.

mr. Hurbain eventually approached the European Court of Human Rights (ECtHR) with the statement that the order of the Belgian courts to anonymize the archived digital article is a mockery of his right to freedom of expression, freedom of the press and freedom of information. .

To be (or not to be) forgotten?

Be on June 22, 2021 the ECtHR's judgment in this case (Hubain v. Belgium). The judgment sheds a clearer light on the scope of the “right to be forgotten” in the online sphere and provides clear touchstones that should be used when weighing this right against the publisher's and the public's right to freedom of expression.

The Court emphasizes that national courts should be particularly vigilant in granting such requests for anonymization or alteration of the digital version of an archive, although keeping online archives available to the public is not an absolute right. According to the ECtHR, six criteria must be taken into account in this balancing act:

With these six criteria, the ECtHR again seeks to reconcile with its previous case law (Axel Springer v. Germany) and concludes that the right to freedom of expression (Art. 10 ECHR) of the publisher and the public was not violated in this case and the right to respect for private life (Art. 8 ECHR) prevails. The Court also emphasizes that this conclusion cannot be interpreted as an obligation for the (online) media to systematically purify their archives and that they should only do so in response to a concrete (and justified) individual request to do so.

These touchstones can also be usefully used in the context of deletion requests in accordance with art. 17(1)(c) of the General Data Protection Regulation. Under this provision, it is possible to request the erasure of personal data in search engines, insofar as the operator of the search engine in question does not have “serious justified reasons” can demonstrate for refusing such request for erasure. To make this assessment, in accordance with the European “guidelines”, inspiration is drawn from the balance that the ECtHR seeks in press matters.

Only one of the seven judges who examined the case voiced a dissenting voice: for example, Judge Pavli fears that with this decision the Court will open the doors to indiscriminate and unrestrained censorship of press archives. According to him, the decision of his six colleagues is at odds with the ECtHR's own established case law on the integrity and essential role of press archives, as well as with the growing consensus in Europe on the application of the “right to be forgotten”.

Also the publisher of Le Soir (once again) did not accept this judgment of the ECtHR and requested a referral of the case to the Grand Chamber of the ECtHR. On October 11, 2021, a five-person team decided ECtHR 'referral panel' to refer the matter to the full Grand Chamber. A sensitive and for the time being unresolved debate that will undoubtedly spark the plenary session of the Grand Chamber on 9 March 2022 in Strasbourg.

Serious matter of public interest: quid for JC and others c. Belgium ?

It is highly exceptional that cases are referred to the Grand Chamber (composed of 17 judges) with a view to re-evaluation. The applicant must be able to demonstrate that the casea serious matter of public interest'  Re, 'which, by their very nature and their legal, social and political implications, could seriously affect the extent and scope of the protection afforded by the Convention”. Statistics show that only 5% of all referral requests are granted. In the business Hurbain v Belgium the European Court apparently considered the social importance to be great enough for a referral.

This offers interesting perspectives for the possible referral of the case JC and others t. Belgium,.  On October 12, 2021, in this case, the ECtHR ruled that the immunity of the Holy See takes precedence over the right of survivors of sexual abuse to have their case heard by an independent civil court. The victims will try to obtain the referral to the Grand Chamber. It remains to be seen whether the referral panel will also find the social interest in this file significant enough.