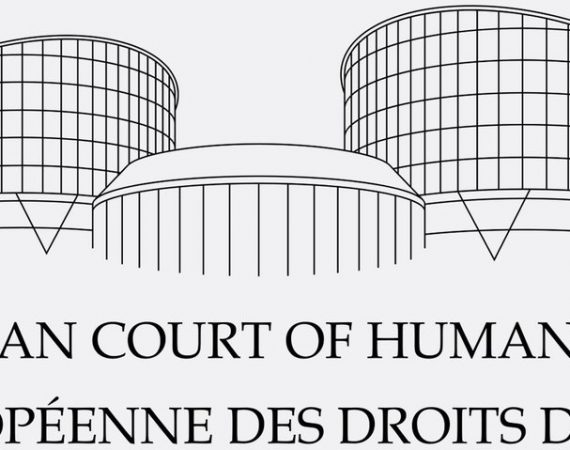 “The news of his death drew a dark gray curtain over the sunny Sunday. Perhaps also for the rest of the week, the following months. The mourning will stretch far, become timeless. Professor emeritus, mr. GJH van Hoof is no more. The European flag above the Human Rights Court can certainly be flown at half-mast. Professor van Hoof was undoubtedly one of the most important driving forces behind the realization of the Convention for Fundamental Rights and Freedoms of Man”, writes Walter Van Steenbrugge on 21 May 2014. The death of Professor van Hoof is hard on him. And not only him.

Not much later, the office, together with some of the professor's close friends, decided to open the Human Rights Unltd. – Create Fried van Hoof aWard. The capitalization of the W has everything to do with the name of the professor's widow, Marion Ward. The prize will always go to a person or organization that has made an exceptional contribution to human rights. This can be very broad: from a literary publication or a music composition to setting up a project.

On Saturday October 10, the jury decided on the five nominees:

One of these nominees will therefore be the first to receive the Fried van Hoof aWard on 8 December in the Vooruit in Ghent. The award itself is the beautiful sculpture 'Blind and Deaf and Dumb' by artist Marc Leyman.

To outline Professor van Hoof and the European Convention on Fundamental Rights and Freedoms of Man, we further quote from Walter Van Steenbrugge's In Memoriam. The words sometimes sound horribly topical. The work of Fried van Hoof is certainly not over.

“This Treaty has established and internationalized the basic rights of every citizen after the horrors of World War II. After all, the world war had made it clear that countries were able to annihilate other countries and their citizens by violating their basic rights and randomly exterminating entire groups of people. The improbable barbarity of the Holocaust forced us to work together on an international basis to never allow war again.

The most basic thing to achieve this goal was an enshrinement of inalienable rights in a treaty text that was accepted by all the countries of the Council of Europe as a legal instrument with a higher effect than each member state's own laws. In addition, each State accepted that the Human Rights Court would interpret these treaty texts and that each country would comply with the rulings of this supranational court.

This double principle has had an inestimable impact on prosperity and well-being within Europe, especially in comparison with the other continents where the execution of death sentences, bloody discrimination and other forms of barbarism (think of Guantanamo, among others) is still topical. to be.

It was Van Hoof who, as co-author of the basic manual ("Theory and Practice of the European Convention on Human Rights"), explained the Convention and taught citizens the value of these European regulations, who, as a lawyer, interpreted the European rules of the game in concrete cases. and, as a professor, taught students perhaps the most important lessons in democracy in plain language.

Professor van Hoof also possessed the gift of the word. Both the written and the spoken word, as an effective weapon against oppression, abuse of power and arbitrariness.

Van Hoofs' strength also lay in his appearance. He lived upright, not stooped, and certainly not courtly. He often gave many an eloquent accuser the stutter.

His vision of the European Convention on Human Rights was always based on the basic idea of integral legal protection for everyone, without distinction as to rank, position, race, sex or ideological conviction.

Van Hoof commented on and made concrete the right to life, to a safe family and family life, as a result of which the death penalty disappeared over time in the member states and many intra-family problems were solved in a humane way.”

“The European citizen owes a huge debt to the patrons of this Treaty – of which G. van Hoof was the most prominent in the Low Countries. Often invisible, but all the more pertinent. The protection that citizens enjoy today could never be realized without the strict regulations and interpretation of the Convention on Human Rights. The different Member States would never have realized this, because they are isolated and trapped by their own, often entrenched and short-sighted, positions.”

“G. van Hoof was also a source of inspiration. He underlined the need for a high-quality and courageous legal profession. When you, as a lawyer, showed some trepidation and asked him for advice on whether you could take creative, somewhat rebellious, positions, Van Hoof avoided hearing that question and answered, with a wink to Robert Badinter, with the words “défendre c' est pas aimer”.

The death of helmsman van Hoof will surely lead to a steering wheel break, his supporters paralyze.

Professor van Hoof made the impossible possible in silence.”