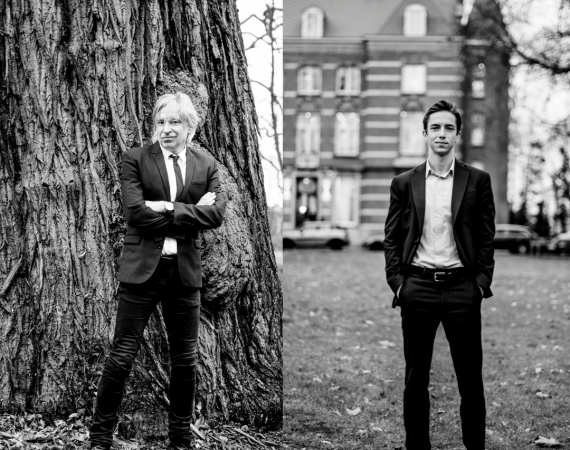 Title 8 of the Federal Regulations of the Royal Belgian Football Association regulates the activities of football brokers. For example, the KBVB prescribes that brokers can stipulate exclusivity. However, as Walter Van Steenbrugge and Dean Braeckman conclude, both the Flemish decree and the Brussels ordinance that specifically relate to private employment provision prohibit such exclusivity clauses. In addition, players can never be obliged to pay compensation for the early termination of a brokerage agreement.

Article B8.27 of the Federal Regulations clarifies which elements broker agreements must at least contain in order for them to be opposable to the RBFA. For example, they must state 'whether or not the mediation activity is exclusive'. In view of that provision, football agents, who usually base their brokerage agreements on the Federal Regulations, assume that they may stipulate exclusivity. A clear mention of it in the agreement seems to be the only condition. Virtually every football brokerage agreement therefore contains such an exclusivity clause that prohibits the player in question from using another broker during the term of the agreement. If the player nevertheless uses another agent, he will be liable to pay compensation which is generally equal to the amount that the agent would normally receive had he been able to negotiate the employment contract between the club and the player.
However, article B8.30 of the Federal Regulations states that a player can 'cancel' the brokerage agreement at any time. Although that provision does not expressly state this, it can be inferred that brokers are not allowed to claim compensation from players who have terminated the brokerage agreement early. If that were the case, Article B8.30 would after all add nothing to the normal contract law principles, as a result of which the early termination of a fixed-term contract (without justifiable reason) is accompanied by the payment of a severance payment.
It is therefore somewhat surprising to find that players are entitled to terminate their agreement at any time in accordance with the Federal Regulations on the one hand, but on the other hand can be bound by an exclusivity clause.

DECREE AND ORDINANCE
In Flanders, the Decree of 10 December 2010 on private employment mediation applies. That decree applies to football agents and even contains a separate chapter 3/1 with a number of additional conditions that apply specifically to sports agents.
Article 5, 16° of the decree prohibits exclusivity clauses: 'The agency that provides private employment services does not make it a condition that the persons for whom the agency has acted as an intermediary, the agency will have to act in every new mediation.' In addition, Article 5, 20° of the Decree states that a broker is not entitled to compensation if the employee (in this case the player) prematurely stops the broker's intermediation activity.
Furthermore, Article 23, 7° and 8° of the Flemish Decree even make it punishable to demand exclusivity or to claim compensation for early termination of the brokerage agreement. Violations can be punished with administrative fines of 50 to 500 euros.
The prohibition on exclusivity clauses is prescribed even more clearly in Article 6, 10° of the Brussels ordinance of 14 July 20211 on the mixed management of the labor market: 'When carrying out employment activities, the institutions are obliged not to subject these activities to an exclusivity clause. '
The Walloon Decree of 3 April 2009 on the registration and recognition of employment agencies, on the other hand, does not contain any similar provisions.
Importantly, this legislation is of public order or (according to some authors) of mandatory law. That the provisions protect the public interest is apparent not only from the criminal sanctions provided for, but also from the explanatory memorandum to the Flemish decree: 'The draft therefore includes provisions that are intended to protect employees and job seekers against possible abuse. (…) Since these provisions also form the legal basis of the socio-economic fabric of our society and therefore of our labor market, they can be regarded as belonging to Belgian public order.'
As a result, the contracting parties cannot deviate from the provisions that prohibit exclusivity. It is also not possible to deviate from this in the Federal Regulations of the KBVB. After all, in view of the mandatory nature of the provisions in the decree and the ordinance, exclusivity clauses are absolutely or at least relatively null and void.

VOID
Players can conclude several parallel broker agreements for the territory of Flanders and Brussels. In addition, they can also terminate brokerage agreements, insofar as they relate to the mediation in Flanders and Brussels, at any time without owing any compensation to the broker. Brokers can therefore conclude a brokerage agreement with a player if they think they can mediate an employment contract for them with a club located in Flanders or Brussels, even if that player has already concluded a brokerage agreement with another broker. After all, any exclusivity clause contained therein is null and void.
In our view, this has the positive consequence that players, who often enter into a brokerage agreement at a very young age, cannot be hindered and guided in their career by the bad or good relationships of their brokers with certain clubs.
Since the Federal Regulations contain a different (illegal) arrangement that seems to allow exclusivity clauses, players often appear to respect the exclusivity included in the brokerage agreement in practice. In our view, an amendment to the Federal Regulations is necessary in order to remove this legal uncertainty and to actually obtain the protection envisaged by the legislator. Only a clear provision in the Federal Regulations prohibiting exclusivity clauses will be able to put a stop to this practice.