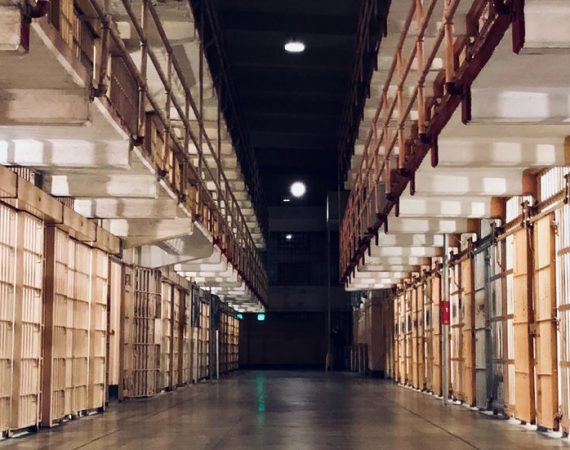 Do internees still exist for justice?

Since World War II, the media has never had a bigger problem: COVID-19 has been causing a tsunami of reporting for some time, and this worldwide.

Also in Flanders you cannot escape the daily portion of figures and graphs, nor the comments of specialists, some more colorful (and this is to be taken literally) and more specialized than others. The impact of the virus on almost all layers of the population was examined: from young to old, from poor to rich.

One category fell by the wayside (once again): the internees, locked up in prisons, often the object of deprivation and exclusion.

Although the Government of Proxies did involve the internees in the Royal Decree No. 3 of 9 April 2020, their rights were again curtailed.

For example, Article 17 of the Royal Decree states that the internees may not be present at the session of the Chamber for the Protection of Society (hereinafter: KBM), but must be represented by their lawyer, unless otherwise motivated. The Public Prosecution Service, on the other hand, is present at this hearing.

It is understood that the government is concerned about the consequences of the virus, and that it wants to prevent contamination in prisons. But why, taking into account the 'ssocial distancing'rules, these persons cannot appear before their judges is unclear.

Appearance before the KBM can have far-reaching consequences for an internee, now that long-term deprivation of liberty is always decided at these sessions.

By not being able to be present at the hearing, internees are at the mercy of their lawyer, who often, due to lack of resources, have not chosen them themselves. In addition, it is pro bono system does not always guarantee a qualitative defence.

It should also not be obvious for the judges of the KBM themselves to take far-reaching decisions with regard to someone who is not personally present at the hearing and therefore cannot be questioned.

Judging a case without having heard the person concerned cannot in the least be called just, and is at odds with the individual character of criminal law.

A judge in criminal cases must be informed as widely as possible about the current situation of someone who risks further imprisonment for a long time. This is best done on the basis of an in-depth conversation with the person concerned. A lawyer may already provide legal and technical explanations, 'face to face' conversation with the person concerned is necessary. It certainly is, because in this matter his or her state of mind must be evaluated.

The right to be present in person is also a right enshrined in Article 6 of the European Convention on Human Rights: the right to personal participation in criminal proceedings may only be waived in exceptional circumstances. However, the deviation must always remain proportional. It is highly questionable whether that is still the case here.

It could therefore well be that an internee successfully questions the compatibility of Article 17 of the Royal Decree no. 3 with Article 6 of the European Convention on Human Rights.