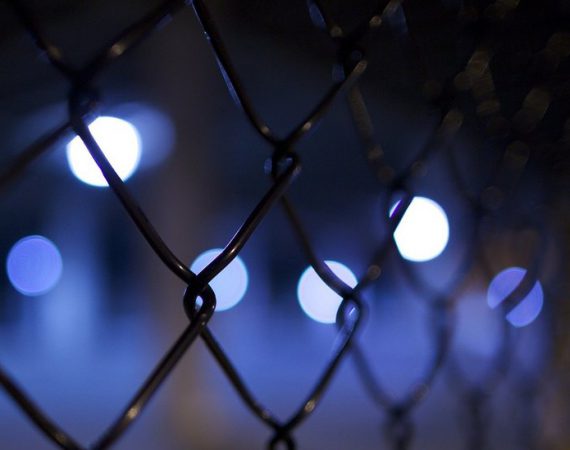 It cannot be denied that the corona crisis has deeply affected the way in which we (have to) organize ourselves privately but also professionally.

The organization of Justice in corona times was initially partly determined by the various individual court presidents. There was therefore a lot of uncertainty about how to organize things in the light of the (evolving) pandemic. The provisions and guidelines of the various courts and tribunals were therefore regularly adjusted. The lack of uniformity manifests itself mainly in criminal cases.

The Royal Decrees of 9 April 2020 have brought greater unity, especially with regard to civil matters. However, major pain points remain in criminal cases. One of those pain points is the procedural treatment of pre-trial detention. This contribution focuses on the unequal access rights to the criminal file, which were further tightened by the corona measures.

Access to the criminal file for the chambers: the amendment of Article 21, §3 of the Pre-trial Detention Act

A person who has been arrested and his lawyer have the right to inspect the criminal file either 1 working day before the court hearing (following the first appearance before the court chamber), or 2 working days before the hearing (during subsequent appearances before the court hearing). the council chamber). The registries are open every working day from 8.30 am to 12.30 pm and from 1.30 pm to 4 pm. As long as the suspect is arrested, the pre-trial detention must be reviewed periodically by the investigative courts (ie the chambers of the courts and the indictment chambers). The investigating courts can lift the pre-trial detention – whether or not subject to conditions – (possibly combined with the payment of a deposit), or maintain it (whether or not in the form of electronic surveillance).

Until June 29, 2019, unless authorized by the investigating judge, lawyers were only allowed to literally 'view' a file and take notes manually (read: with pen and paper, by typing on a self-provided computer or with a dictaphone). Under no circumstances should a (whether or not own-handed) copy made of the criminal file made available.

Due to the amendment of Article 21, §3 of the Pre-trial Detention Act, it is now legally provided that lawyers with own resources (read: with a scanning pen or by taking photos) allowed to make copies of a criminal file, unless the investigating judge forbids this in a reasoned manner.

Apart from the fact that this amendment, 9 months after its entry into force, does not seem to have fully penetrated all investigating judges in the various judicial districts in practice, a new problem arises in times of corona.

Access to the (digital) criminal file for the council chamber

Although the digitization of justice has been catching up in recent years, this appears to be catching up with a paralyzed leg in criminal law.

A criminal file, which mainly consists of official reports from the investigating police services, has also been systematically stored digitally for several years now (see press release from FPS Justice).

This digitization has advantages in terms of efficiency, security and ecology. Digitization makes it possible to follow up files and prepare sessions even remotely. However, the access rights to the digital criminal file are manifestly unequal.

In the case of pre-trial detention, this is done via the consultation computers (which are not always well disinfected) (insofar as there are also effective ones) in some registries (of a limited surface area) where other lawyers can also inspect the various files.

Public prosecutors, who are also parties to the proceedings during the hearings in the context of pre-trial detention, do have the possibility to consult the criminal file (digitally) from a distance (and also outside the opening hours of the court registry) and are also not subject to the limited access options that apply to the detainee and his lawyer. According to the Court of Cassation, the public prosecutor can at all times take cognizance of the state of affairs in the judicial investigation (see judgment of the Court of Cassation).

Inequality, ambiguity and arbitrariness in access to the criminal file before the Indictment Chamber

The law determines nothing about the right of access to the criminal file by the detainee and his lawyer when the detainee lodges an appeal against a decision of the chamber of commerce extending the pre-trial detention. There is nor a legal prohibition to grant the arrested person and his lawyer access to the full criminal file in preparation of the appeal procedure before the Indictment Chamber. The arrested person and his lawyer therefore depend entirely on the organization of the specific indictment chamber. Sometimes the possibility of inspection is limited to the new documents since the last session before the council chamber. This is problematic if the arrested person were to choose a new counsel between the two proceedings, as the new counsel cannot have knowledge of the criminal file, as consulted before the session of the chambers.

In these corona times, the rules have even been tightened up. For example, as a corona measure, the chamber of indictment in Ghent currently has a general ban on physical access to the registry, unless the chairman has permission and this is only by appointment.

And what about the rights of defence?

Article 6.3, b ECHR provides that anyone against whom a prosecution has been brought has the right to dispose of the time and facilities for the preparation of his defence.

The detained person and his lawyer can request a postponement of the handling of the case if they have not had sufficient time to properly prepare the defence. However, if the judge grants this postponement (which can never be guaranteed in advance), this means that the arrested person must remain in pre-trial detention longer (and no longer have his case heard within the mandatory term, on pain of release).

Two parties to the proceedings (the arrested person on the one hand and the Public Prosecution Service on the other) therefore do not have equal access to the criminal file of an ongoing judicial investigation. Admittedly, there are defensible arguments why the prosecution could have different access rights to the criminal file as opposed to an (arrested) suspect. However, this deviation must also remain proportionate and must be weighed up against, among other things, the rights of defence.

The lawyer and the detainee are now faced with an impossible choice: to plead the case with insufficient knowledge of the file, or to request a postponement. In the first case, the detained person is under-defended and in the second case, he is detained longer anyway. However, it can never be the intention that the detainee and his lawyer have to make the choice between the proverbial plague and cholera (or, literally, corona).

Time for a exit strategy from the paper age?

Apart from the fact that there is no uniform corona regulation in criminal cases, the corona measures must not be a safe conduct to prevent the social distancing between the lawyers and the criminal file of their (incarcerated) client even more. Although scientists are fully engaged in studies for the production of a corona vaccine, there does not seem to be any movement to offer lawyers the - technically existing - possibility to file a criminal file in a secure manner (both with regard to the risk of infection and to protect the research). can be consulted remotely. Would a exit strategy of Justice from the paper era cannot contribute to both safeguarding the right of defense (Article 6 ECHR) and limiting the further spread of the coronavirus (Article 5 ECHR)?